Popular posts from this blog

When you workout, you most likely want to be as efficient as possible, but how do you achieve that? Research (Madsen et al, 2015) has shown that High Intensity Interval Training (HIIT) is highly efficient when it comes to burning fat. According to Gillen and Gibala (2014, p. 409) "HIIT is characterized by brief, repeated bursts of relatively intense exercise separated by periods of rest or low-intensity exercise. “Low-volume” HIIT refers to exercise training sessions that are relatively brief - consisting of ≤10 min of intense exercise within a training session lasting ≤30 min including warm-up, recovery periods between intervals and cool down ." Zhang et al (2015) found in their study that HIIT was effective when it comes to burning subcutaneous fat, but also controlling abdominal visceral fat. Likewise, Madsen et al (2015) found that there are many advantages with HIIT, besides abdominal fat loss they found many health benefits for patients with Type 2 diabetes. As m
Read more

Xterra Trail Run 21k was a race I have been looking forward to since April when I signed up. This was going to be the most awesome running experience I have ever had, and I was SO excited. Unfortunately, I started having major issues with my hip flexor at my last trail race in early August, which stopped me from running trail and intervals for more than a month now. Had it been any other race, I wouldn't have been on the startline, but I really wanted to run this this one. I decided to do the race, but started thinking of it as a slow trail run and not race, though that was a lot easier before the race than during the race 😁 As for any other OCR or trail race this year, I wrote down my goals pre-race: Admiring the amazing view Run slow Enjoy the race Listen to your body If the pain is too much, stop after one round The race My plan was not to stand up front when we were starting, but in the race briefing before the start they told us that if you wanted to ru
Read more 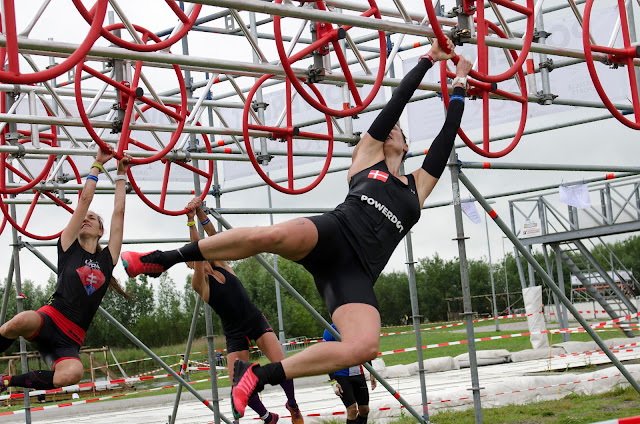 The OCR European Championship was held this weekend in Holland.   For this Championship, I decided only to do the 15km standard course and the Team Relay. My focus was solely on the standard course, as I wanted to prove to myself “that I am good enough”! I’ve heard that the course last year was so difficult and the World Championship was nothing compared to that; “great I lost my wristband twice at the OCRWC!” The last month and half up to the race, I could only think about that one race, nothing else mattered to me! I needed to prove that I could do this, and above all; I needed to get through with my wristband! Everything on my mind was about the OCR European Championship Standard Course, from when I woke up in the morning and went to the gym/for a run until I went to bed at 21.00 to be sure I got my 8 hours of sleep before my alarm went off at 5.00 the next morning. The standard course I get to the race site on Friday to cheer for the athletes doing the short course
Read more