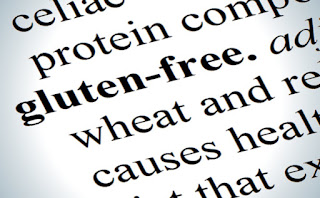 Gluten-free products and diets have been a hot topics for quite some time now. In the fitness communities many athletes follow gluten-free diets, despite not suffering from celiac disease or other gluten related disorders. However, new research suggest that this may not have the benefits on the performance as first perceived.

The Celiac Disease Foundation (2016) explains that "gluten is a general name for the proteins found in wheat (durum, emmer, spelt, farina, farro, KAMUT® khorasan wheat and einkorn), rye, barley and triticale. Gluten helps foods maintain their shape, acting as a glue that holds food together."

In a study Lis et al (2015) found that there were no beneficial effects of a gluten-free diet for athletes who did not have a clinical reason to be gluten free. They did a study on 1000 athletes in Australia, where they found that 41% were on a gluten-free diet despite the fact that only 13% had received a formal medical diagnosis of Celiac disease, a serious autoimmune condition, or other gluten-related disorders. Rosenbloom (2014) also states there are no evidence that a gluten-free diet will improve performance, furthermore, she explains that many gluten-free products are higher in sugar and fat. Therefore, it is important to remember that gluten-free does not necessarily mean healthier.

It's important to find a diet that works for you, and maybe if you don't suffer from a gluten-related disease, then having gluten in your diet isn't such a bad idea.