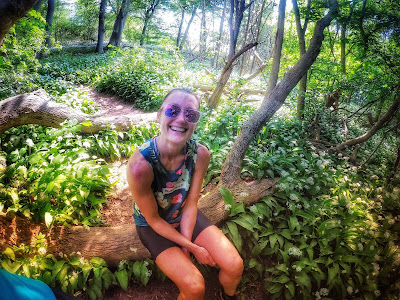 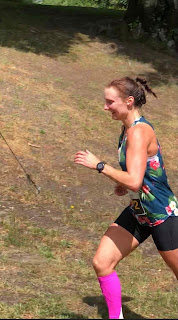 In the beginning of the year, my running was great, I started the year with a PR on 15km and shortly after it was time for my first OCR race of the season. It's no secret that I finished off 2017 with no OCR motivation, therefore, I went on a road trip to Germany, to see if I could find it, and I did! But I also found a joy for the longer OCR races, which turned in to a general joy for long trail races as well. My race calendar started being filled with trail races since that was what motivated me, this is also where I managed 8 of my 10 top 3 finishes.

The year was off to a good start, and I had some awesome running experiences; including Røsnæs trail (where I found the love of running on rolling rocks and where I got my first ever 1st place), and of course SkyRace at Himmelbjerget, the surroundings were just amazing😍
Late Spring my OCR motivation went on a decline again, and I was really struggling making a decision regarding the OCR European Championship; it was in Esbjerg (Denmark), which ended up being the reason why I decided to do it. It hadn't been a year since I broke my left hand, and before I knew it my left hand was back in a purple cast, as I fractured my wrist when I fell from Stairway to Heaven on the OCR European Championship standard course. 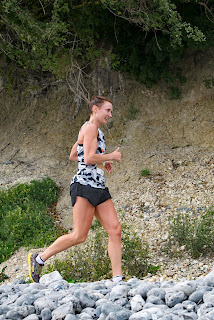 Funny enough, I didn't really care that I broke my wrist, of course it was annoying, but now I had an excuse not to do OCR for a while, which was a relief. After my accident in July 2017 I was DETERMINED to run the OCR World Championship in October that year, however, this time I made a decision straightaway, that I would not run the OCRWC later that year; I needed a break😐
I was prepared to give my upper body a break, as the hand needed to heal, but what I wasn't prepared for were all the issues I suddenly had with my hip flexor after my accident at OCREC.

The first time I was out running, my hip flexor started hurting, which was something it had never done before. It turned out that actually would be my biggest challenge of 2018; it has been more frustrating and much harder to deal with my hip flexor than a hand in a cast. The issues with my hip flexor has followed me since, July and it's still not a 100% yet. However, (unfortunately) that didn't stop me racing through the second half of 2018 on my quest to conquer more of my goals.
One of the races I was the most excited about in all of 2018 was Xterra 21km Trail run at Møns Klint. I had signed up for that in April, and I was really looking forward to the race in September. This race was probably my best running experience ever, I truly enjoyed it and had the best time out on the course!😍
A week after this race, I made one stupid decision; to let me ego run CPH Half, which was the stupidest decision I made race-wise this year😬 The only reason I was at that start line, was to get that PR, and no PR is worth injuring yourself any further.


Some went better than others, I have done flying monkey in three out of 3 possible races, where it has been!😊 I practiced it at fitnessdk Nygårdsvej everytime I was there; I forced myself to do at least 1, even on bad days and when my legs were literally shaking from fear that I would fall, but it was worth it! I still remember how excited I was after I did my first flying monkey at Strong Viking in Germany, I was on top of the world!!🙌😃

As for my deadlift, it wasn't long after New Years that I decided I didn't really care if I could deadlift 130kg, therefore, I quickly gave up on that. As for the pull ups and muscle up, perhaps if I hadn't broken my wrist, I would have made it, however, I guess I need something to work on again in 2019😂 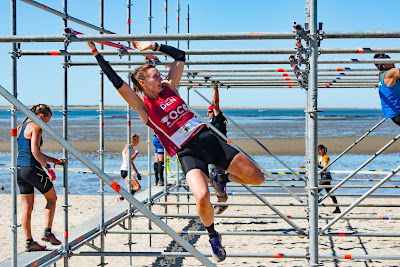